You are here: Home1 / Services – A good dentist is hard to find?2 / Root Canal Treatments

Endodontic therapy treats diseases of the tissue inside the root canals (the dental pulp) and around the root tip. Since the dental pulp contains nerves and blood vessels, such diseases are a) potentially very painful and b) of a more than local significance, as the inflamed dental root may become a focus from which pathogens and bacterial toxins can spread not only to the jaw bone, but practically everywhere in the body via the bloodstream.

The armory of endodontic therapeutic methods includes measures to sterilize and heal the dental pulp plus – if that is no longer possible – root canal treatments and root tip resections. All treatments aim at rescuing the tooth, ending patients’ pain and discomfort and restoring bacteria-free conditions in the pulp and around the root tip. A root canal treated, non-vital tooth can be preserved for many years to come, even for a lifetime!

Endodontic treatments are among the most time consuming in dentistry. A root canal treatment requires at least one two-hour appointment. If there is an acute inflammatory process around the root tip, two such appointments may be necessary.

In any case, those two or four hours are time well spent: Thanks to decades of experience as well as methodic and technical progress in the field of contemporary endodontics, success rates of root canal treatments have vastly inproved. Failures and complications have become rare occurances. Even teeth with large suppurative foci have a good chance of being preserved. Inflammations around the root tip – provided they are not genuine cycts – self heal after a successful root canal treatment. 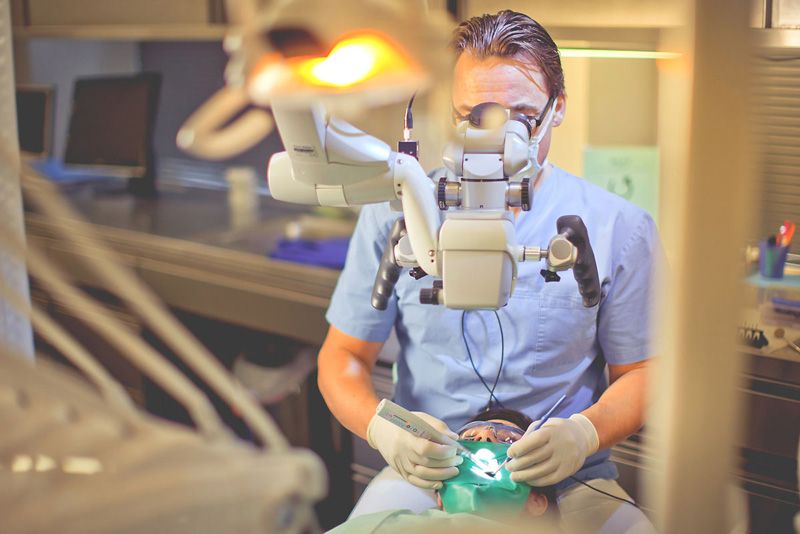 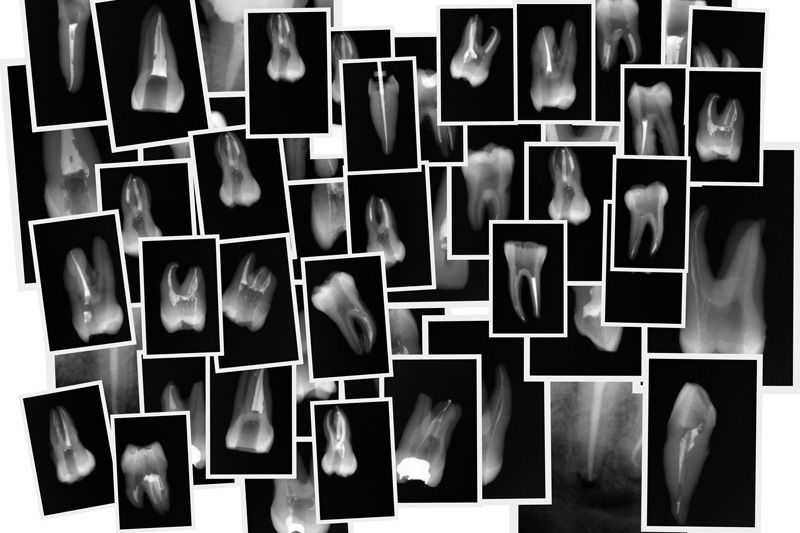 Every year, we perform more than a hundred root canal treatments. The lasting success of this procedure depends on meticulous cleaning and bacteria-proof filling and sealing of the entire root canal system right down to the exit point at the root tip. To accomplish this, we rely heavily on our surgical microscope. Its bright lighting and spot-on 25-fold magnification help us perceive tiny details and take care of every part of the root canal space. Compared to that high-tech device, the cofferdam (also called a dental dam) is an utterly simple little piece of material. However, we strongly believe in this valuable tool and never perform a root canal treatment without it.

The cofferdam is a thin rubber sheet that isolates the treated tooth from the rest of the oral cavity. It is spread on a metal frame, put over the mouth opening and fixed with a clamp around the protruding tooth that is undergoing treatment. During treatment, the exposed root canal is thus protected from bacteria in the saliva.

At the same time, the gingiva is shielded from the aggressive irrigants that are used to clean and disinfect the root canals. Root canal treatments used to barely reach success rates of 70 percent – the other 30 percent would face problems with recurring inflammations during the first five years after the procedure.

With the surgical microscope and our efficient, scientifically acclaimed treatment protocol, we achieve success rates of 95 percent – and we can treat acute pulpal inflammation, complications after a previous root canal treatment or root tip resection with an equally good prognosis. We can even access the inflamed pulp of a tooth wearing a prosthetic crown by simply drilling a tiny hole into the crown! Thus we save you the cost and inconvenience of removing the old crown and replacing it with a new one after the treatment is complete, which would be the conventional treatment route for those cases. The MeinZahn specialist for root canal treatments is Frau MDDr. Jana Chmelikova.

In many cases, insurance companies won’t cover the high treatment standards that we feel are the only appropriate care we want to offer our patients. Unfortunately, this is true for root canal treatments, too.

A modern, efficient and safe root canal treatment is a private service patients have to partially pay for out of their own pockets. Believe us – we’d love to have better news for you… But we can offer some consolation: If you compare the cost of endodontic treatment that will preserve your tooth with the cost you’d be facing in case of tooth loss, you’ll find that every Euro invested in a professional root canal treatment with excellent odds for success is actually a very smart investment.

• genuine radicular cycts at the root apex (those are fairly rare, however)
• pulpal of periapical inflammations in teeth with rare anatomic anomalities such as crooked roots or very narrow root canals
• root canal inflammations in a tooth with blocked root canals – either the tooth is carrying a post crown, or a broken endodontic instrument got stuck in a root canal 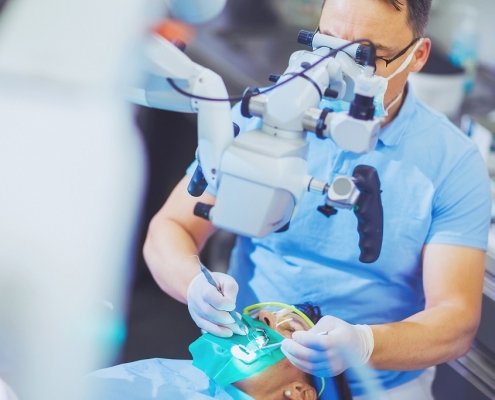 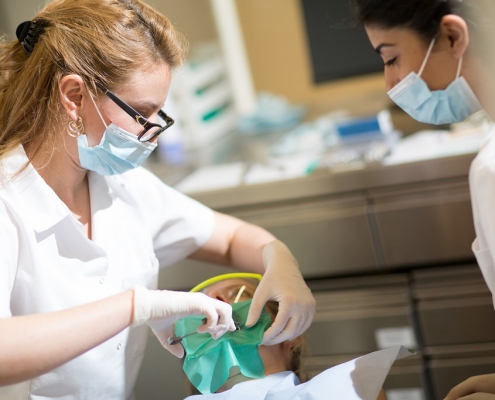 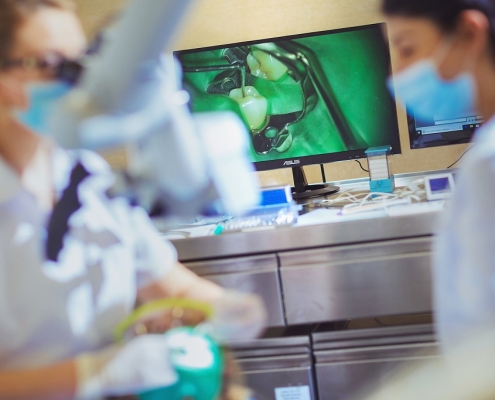 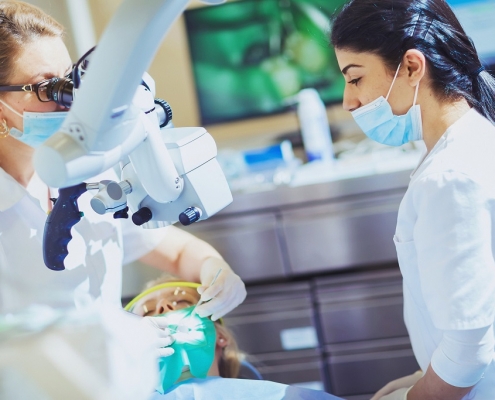 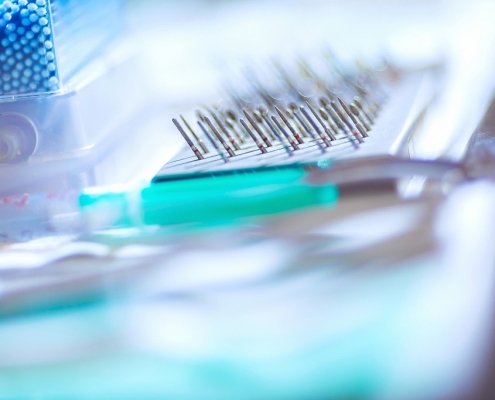 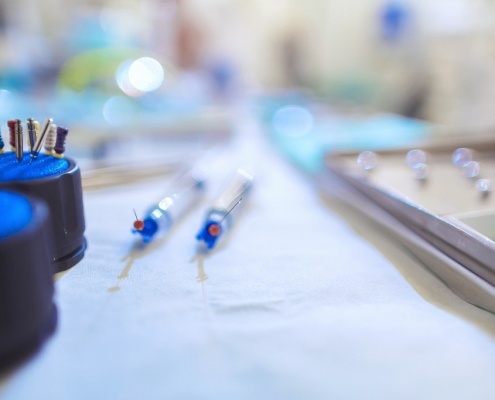 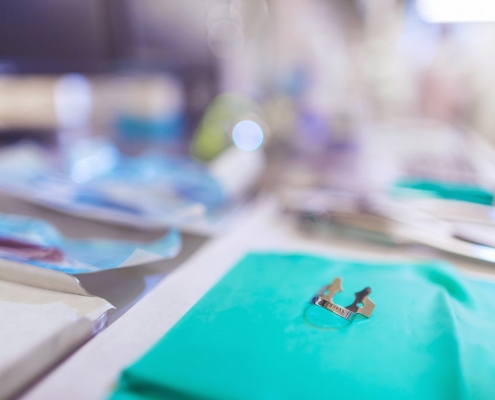 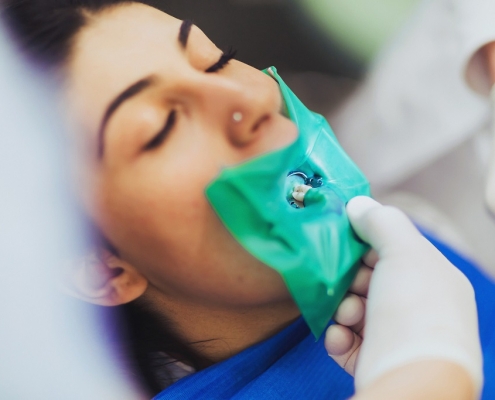 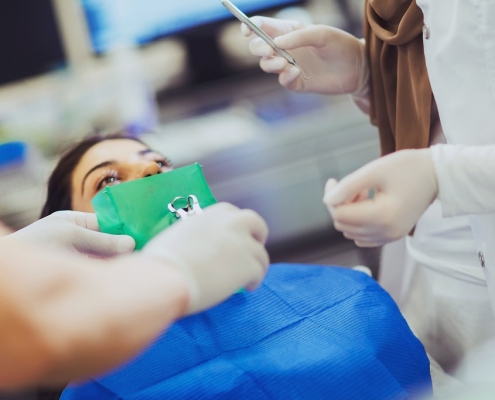 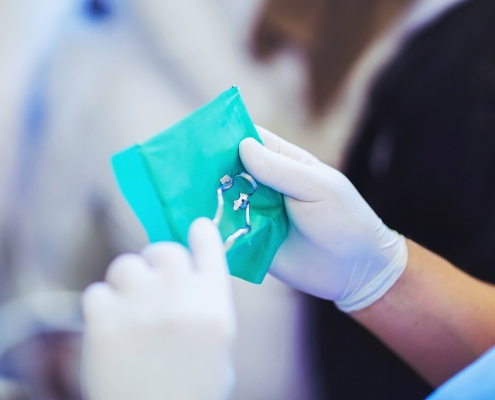 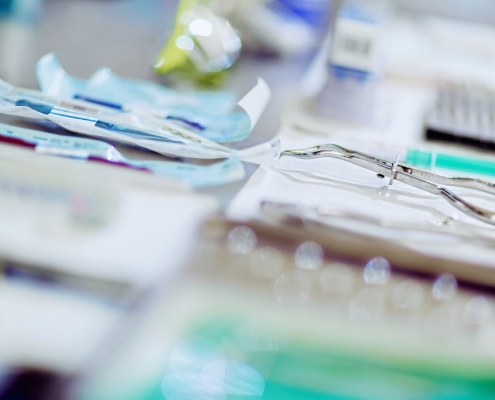